To share your memory on the wall of Donald Cmoc, sign in using one of the following options:

Predeceased by his parents, Milko and Mildred; his sister Francis (and Wesley); brother Gilbert; grandson Dominique Cmoc; and niece Carey Martel. Don leaves to mourn his passing, his wife Audrey; sons: Bruce (Donella) of Yorkton; Brent (Brigitte) of Swan Hills, AB; and Blair (Kim) of Yorkton. Nine grandchildren: Kristy (Al) and Jayton, Shane and Kendra of Yorkton; Mandy (Tyson) and Georgia of Regina; Jody (Aaron) of Springside; Toni (Tyrone) and Wyatt, Owen and Ivory of Leduc, AB; Riley (Brittany); Dakotah (Tyler); Kennedy (Preston); and Caitlin, all of Yorkton. Don is also survived by his sister-in-law, Joan Cmoc of Yorkton; sister-in-law Joanne (Ron) of Calgary; and brother-in-law Grant (Audrey) Martel and their families, his many other relatives and great number of friends, nieces and nephews.

Memorial donations may be made to Palliative Care at the Yorkton Regional Health Centre, c/o The Health Foundation (41 Betts Ave., Yorkton, SK S3N 1M1) as gifts of remembrance.
Read Less

To send flowers to the family or plant a tree in memory of Donald Amil "Don" Cmoc, please visit our Heartfelt Sympathies Store.

Receive notifications about information and event scheduling for Donald

We encourage you to share your most beloved memories of Donald here, so that the family and other loved ones can always see it. You can upload cherished photographs, or share your favorite stories, and can even comment on those shared by others.

Posted Nov 07, 2020 at 02:52pm
Your family tribute to Don was beautiful. Don was OUR elevator agent in Kessock where I lived . He shared meals with our family for a few years until Audrey came along. My best memory of Don is his modify of his pedal bike with a little gas engine. He could then chug the 200 yards down the road passed our house to the Pool house built for him and Audrey. Impressive to me, a 12 year old kid. Thank you for a very special tribute to Don from his family. Dennis and Gail Derbowka
Comment Share
Share via:
EZ

Posted Nov 06, 2020 at 06:57pm
Dear Audrey and Family....so sorry to hear of Don's passing.. Our fondest memories of Don and you were when our boys played hockey, ...these memories will be treasured for ever..With heartfelt sympathy.Albin& Elsie
Comment Share
Share via:
MM

Posted Nov 06, 2020 at 02:24pm
My sympathy to the Cmoc family .I will remember Don as a pleasant ,hard working man. I had many good visits with him over the years.
Sincerely , Joe Skitcko
Comment Share
Share via:
DS

Posted Nov 05, 2020 at 07:15pm
Our sincere sympathy in the loss of your Husband, father, grandfather, brother, uncle and friend. Thank you for sharing him with the rest of us. He is now with the Lord. Sincerely Dana and Dave Shumay family
Comment Share
Share via: 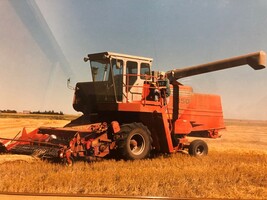 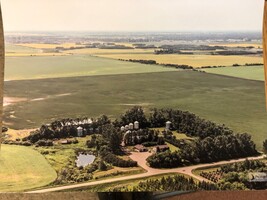