To share your memory on the wall of Anne Faye, sign in using one of the following options:

Print
With sadness the family of Anne Faye announces her passing at the age of 100 on November 2, 2020. Anne was born November 8, 1919 in Wheatstone, Saskatchewan to Nick and Dora (Bodurin) Fedusiak (6th of 11 children).

She married Carl Fay... Read More
With sadness the family of Anne Faye announces her passing at the age of 100 on November 2, 2020. Anne was born November 8, 1919 in Wheatstone, Saskatchewan to Nick and Dora (Bodurin) Fedusiak (6th of 11 children).

She married Carl Faye on February 1, 1941. They farmed in the Rural Municipality of Emerald while raising their three sons. In 1979 they retired and moved to Kelliher. Anne loved to knit, quilt, and cook. For a lady that couldn’t boil water when she got married, she soon learned and excelled in the skill. She was often in search of new recipes to try. Anne and Carl loved hosting social gatherings with family and friends. They routinely burnt the midnight oil playing in three-spot tournaments. They also enjoyed traveling to British Columbia and the United States to visit family.

In 2011, Anne and Carl celebrated 70 years of marriage, just months before Carl passed away. After Carl’s passing, Anne moved to residential care facilities in Yorkton, Norquay, and then her final residency at Theodore Health Centre.

A celebration of life will be held at a later date.
Read Less

To send flowers to the family or plant a tree in memory of Anne Faye (Fedusiak), please visit our Heartfelt Sympathies Store.

Receive notifications about information and event scheduling for Anne

There are no events scheduled. You can still show your support by sending flowers directly to the family, or planting a memorial tree in memory of Anne Faye (Fedusiak).
Visit the Heartfelt Sympathies Store

We encourage you to share your most beloved memories of Anne here, so that the family and other loved ones can always see it. You can upload cherished photographs, or share your favorite stories, and can even comment on those shared by others.

Sorry to hear of Ann's passing. We send our condolences and prayers to her family. I will always remember all the times back in the early fifties when as neighbours we would get together to play three-spot and later watch wrestling on TV almost every week. Ann & Carl were always such a gracious hosts.
Metro & Elizabeth Dlugan
Comment Share
Share via:
RB

Posted Nov 08, 2020 at 10:44am
Sorry to hear of Anne’s passing. I have many fond memories of Anne and Carl when they visited Walter and Josie Bernakevitch while I was living there
Comment Share
Share via:
BM

Posted Nov 05, 2020 at 01:18pm
Sorry to hear about your Moms passing. She will leave behind many wonderful memories for her family, many friends & neighbours.
Bob & June McGregor
Comment Share
Share via: 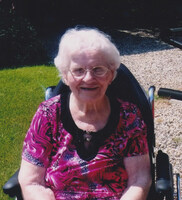 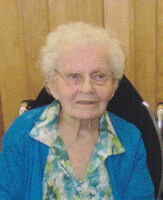